Everything you need to know about the California Overtime Law

What is California overtime law?

- Two times the hourly rate if they worked over 8 hours

What is an exempt employee, and when are employees exempt from overtime laws?

Please refer to the California Department of Industrial Relations (DIR) website to understand exactly what these “affected employees” are exempt from.

How do I calculate overtime?

California overtime is calculated on the basis of a worker's standard hourly rate of pay. If the worker receives an annual salary instead of hourly pay and is eligible to receive overtime payments, you can determine their hourly rate by dividing their yearly salary by the weeks in a year (52) and then the hours in a 'workweek' (40).Sometimes, a worker performs two or more job duties, for which they receive varying pay rates. In such cases, their overtime is determined with a weighted average of those rates. Sometimes, workers are paid by the 'piece' or 'commission'. In these cases, you can use either of the following methods to calculate the regular rate of pay to determine the overtime rate:(i) You can use the piece or commission rate as the regular rate, and pay the worker 1.5 times this rate for production during the first four overtime hours in a workday (time and a half pay) , and twice the rate for all hours worked beyond 12 hours in a workday; or(ii) Divide the worker's total earnings for the workweek, including earnings during overtime hours, by the total number of hours worked during the workweek (including the overtime hours). For each overtime hour worked, you must pay the worker an additional 0.5 times the regular rate when they work more than 8 but less than 12 hours in a day, and an additional full rate when they work beyond 12 hours in a workday.Manually calculating a weighted average or commission can be tedious. However, an automatic time tracking app can make the process simpler and much more manageable for you. A worker is eligible for overtime only if they work over 40 hours in any given week (unless they work over 8 hours in a day, as stated in the summary above). So, if someone takes a day off during a workweek, those hours cannot be counted towards their overtime calculation, whether the time off was paid or unpaid. For example, if a worker works for 8 hours each day for five days in a week, and takes a paid sick leave on the sixth day, they would still not be eligible for overtime pay. That's because, even though they got paid for 48 hours, they did not technically work during the extra 8 hours.Some benefits that are considered outside a worker's standard pay rate cannot be counted towards overtime rates either. These include discretionary bonuses (like an annual holiday bonus). However, nondiscretionary bonuses that are granted on the basis of the number of hours worked and the quality of work performed are considered part of the worker's standard pay rate, and hence, need to be included in overtime calculations.Here are the steps to calculate overtime pay:

‍Step 1: Determine Your Workdays and Workweeks

‍California law defines a workday as "any consecutive 24-hour period starting at the same time each calendar day." The workday may start at any time of the day, depending on the employer, the type of work, or worker classification. If you are a business owner in California, it is advisable that you clearly define a workday by establishing its start time in order to accurately calculate your workers' overtime pay. If you do not establish the beginning of the workday, it is considered to last from 12:01 a.m. to midnight, as per California's law.In California, overtime is calculated daily, based on the number of hours worked during any given workday. As non-exempt workers are entitled to overtime pay if they work more than 8 hours in a workday, you can not average hours over two or more workdays. For example, if a carpenter works for 10 hours on Monday, and five hours on Tuesday, it averages to 7.5 hours per day. Even though his average work hours are less than 8 hours, you cannot deny him his overtime pay.Once you establish a workday as a business owner, you cannot change it unless there is a legitimate business reason behind the change and the change is intended to be permanent.

‍Given that nonexempt employees are entitled to overtime pay if they work more than 40 hours in a workweek, employers should establish the first day of the workweek in order to calculate overtime pay in a compliant manner.California law defines a workweek as "any seven consecutive days, starting with the same calendar day each week, starting at any hour on any day, so long as it is fixed and regularly occurring." The workweek may start from any day of the week, depending on the employer, the type of work, or worker classification. An employer may define workweeks differently for different workers, but after it is established, it needs to remain unchanged regardless of the workers' work schedule. Just like a workday, once you establish a workweek, you cannot change it without a valid reason behind the change. It may be modified only if the change is meant to be permanent and is not designed to evade the employer's obligation to pay overtime to workers.California Labor Code Section 511 and some Industrial Welfare Commission (IWC) Wage Orders also have provisions for 'alternative workweek schedules'. These schedules are designed to give greater flexibility to workers by letting them work longer shifts on a fewer number of workdays. Under an alternative workweek schedule, a nonexempt worker can work over eight hours in a day without incurring overtime. The reasons for proposing alternative workweek schedules may be based on business needs or on requests from employees, and it should never be used as a means of avoiding paying overtime to workers. Under existing California labor law, an alternative workweek is a week consisting of shifts of 10 hours or less per day in a 40-hour workweek, without payment of an overtime premium. Employees working an alternative workweek schedule exceeding the 10-hour per day limitation are entitled to overtime pay at a rate of no less than 1.5 times their regular rate of pay for all time worked between 10 and 12 hours, and at twice the regular rate of pay for any hours worked over 12.

‍Step 2: Count the Number of Hours the Employee Worked During Each Workday and Workweek

‍California law requires workers to track the start and stop times for their shifts and meal breaks. The employer then counts the hours worked each workday and workweek from these time records.

‍Once you have the duration of the shifts for each worker, you should then pay them overtime rates, if any.

Which law do I use if the California state and federal law conflict with each other?

Generally, when federal and state laws conflict, the former supersedes the latter. According to Article 6, Paragraph 2 of the U.S. Constitution, "Federal laws are the supreme law of the land and judges in every state are bound by them regardless of conflicting state laws." Nonetheless, because of the varying costs of living in various states, state labor laws are a necessary exception, and in certain circumstances, they can supplant federal labor laws.Labor laws, whether state or federal, are created to protect the rights and health of workers, and to make sure they receive fair wages. In the case of a conflict between federal and state laws, the U.S. Department of Labor instructs employers and workers to follow the law that provides the highest standard of protection to workers and the strictest standard for employers. Hence, California overtime law supersedes federal overtime law, and should be followed by employers whenever there is a conflict.

The importance of overtime monitoring

As you are required to pay your workers 50% to 100% more than their original rate if they work overtime, it's obvious that excessive overtime would hurt the finances of your business. Financial losses aside, there are several other disadvantages to overtime. Excessive overtime can lead to lower morale, which often manifests itself as absenteeism, turnover, and labor issues. According to a survey, 31% of companies where workers tended to work over 10 hours per week suffered from poor morale.Overtime has also known to cause a decline in productivity. On average, a 2.4% decrease in productivity per hour was attributed to a 10% increase in overtime according to a survey. There was also a notable increase in health problems and safety risks. Moreover, with overtime, there is always the added risk of accidentally violating your state's overtime laws, which can result in heavy penalties and back wages. That is why it is crucial to continuously monitor your workers' overtime. To streamline the process of managing the direct and indirect expenses associated with avoidable overtime, you can take the following steps:

Some employers use time card templates to track and monitor their workers' regular and overtime hours. Although, there's no doubt that tracking time manually can increase the risks of errors. A simple solution is to equip your crew with an app that tracks and monitors regular and overtime hours of your workers, and makes sure you remain compliant with state and federal laws; such as the Workyard Crew app. The Workyard Crew app is known for its simple and transparent time and location tracking, and its user-friendly design. It lets workers easily clock in or out and submit their time for approval from their own smartphones. Even small upgrades to your construction business processes can have major effects on your revenue, and the efficiency that a good time clock app can bring to your process can be invaluable. If you would like to find out whether Workyard Crew is right for your business, click the button below to get a free, no strings attached quote. 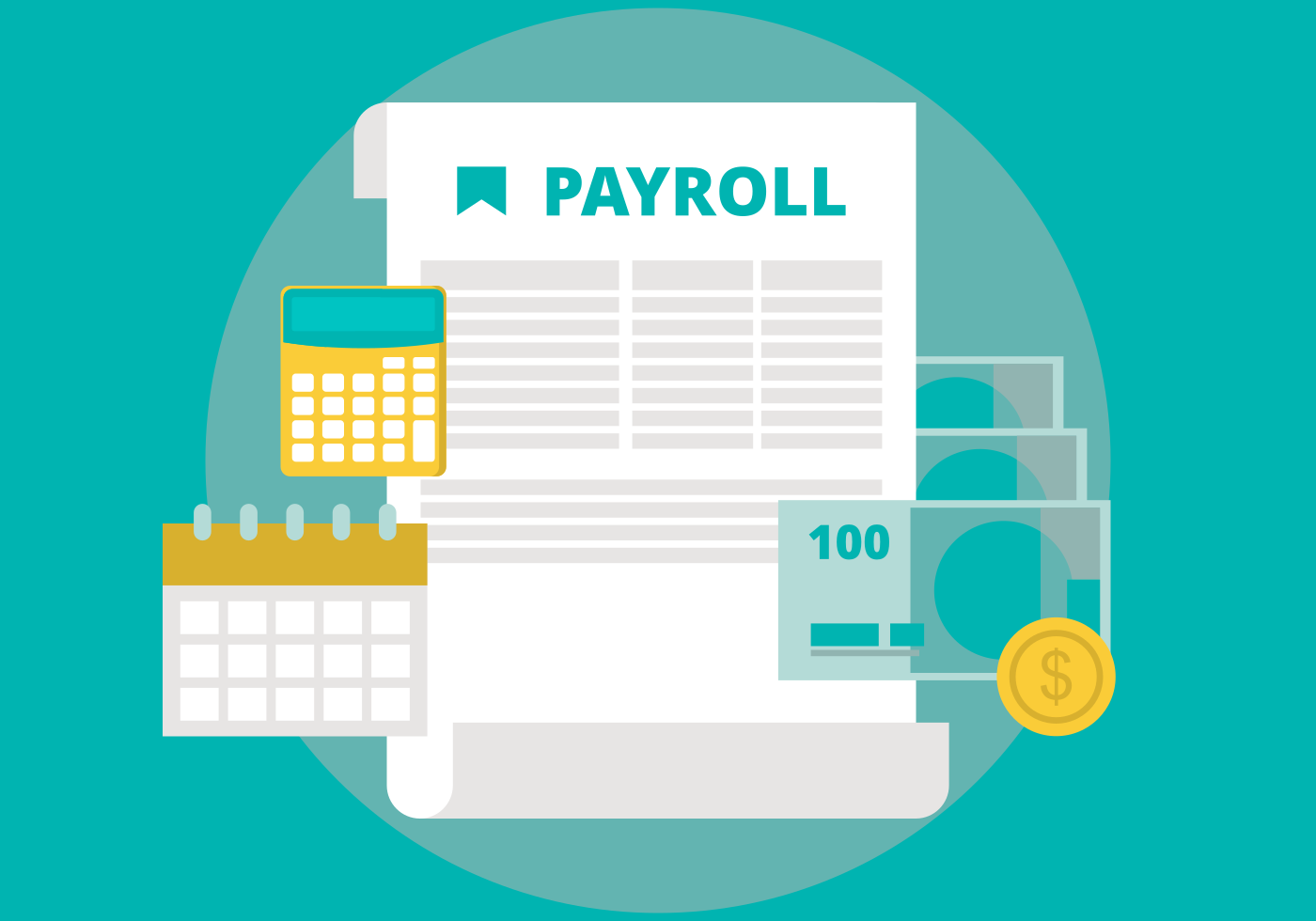 In our ongoing effort to improve the Workyard platform, we are excited to introduce a new partnership with Gusto which was recently voted as the best payroll for small businesses as well as the best online payroll! 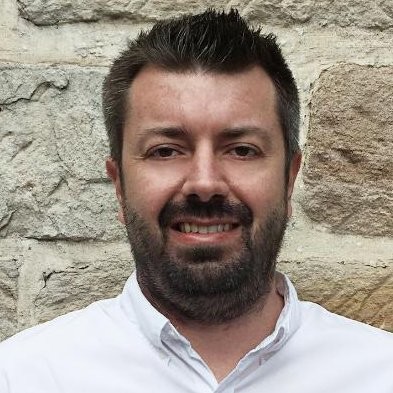 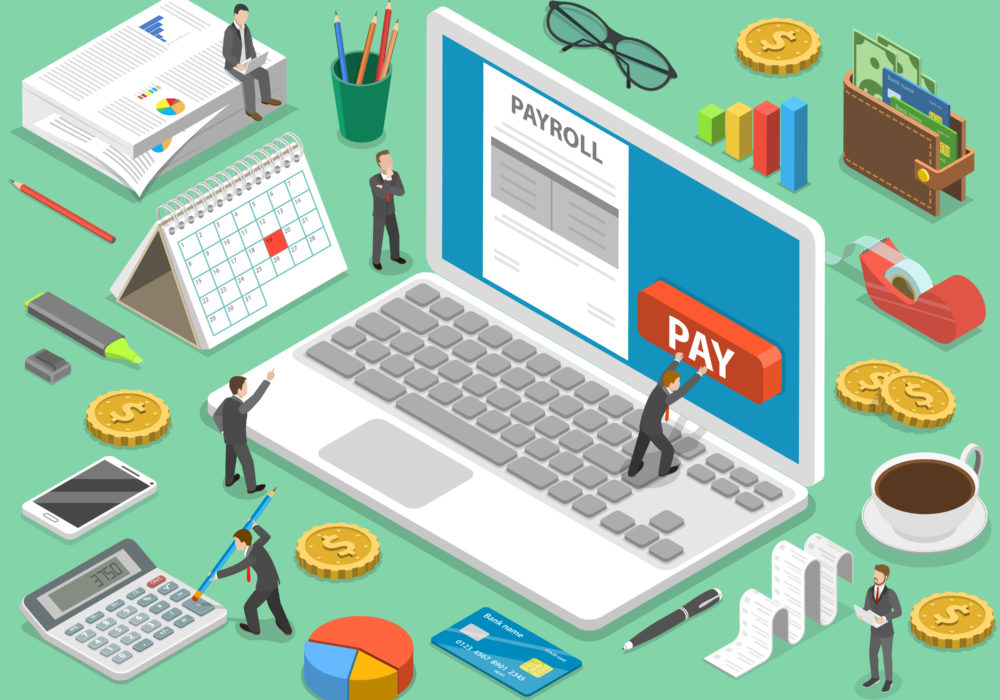 Payroll taxes: Cost of hiring an hourly worker in Texas in 2020

If you own a business in Texas and are planning to hire a new hourly worker, you need to understand the state's payroll taxes. Some payroll taxes are deducted from a worker’s wages, whereas others are charged directly to the employer. In this article, we have clarified these taxes, while classifying state and federal taxes that you and your workers owe. 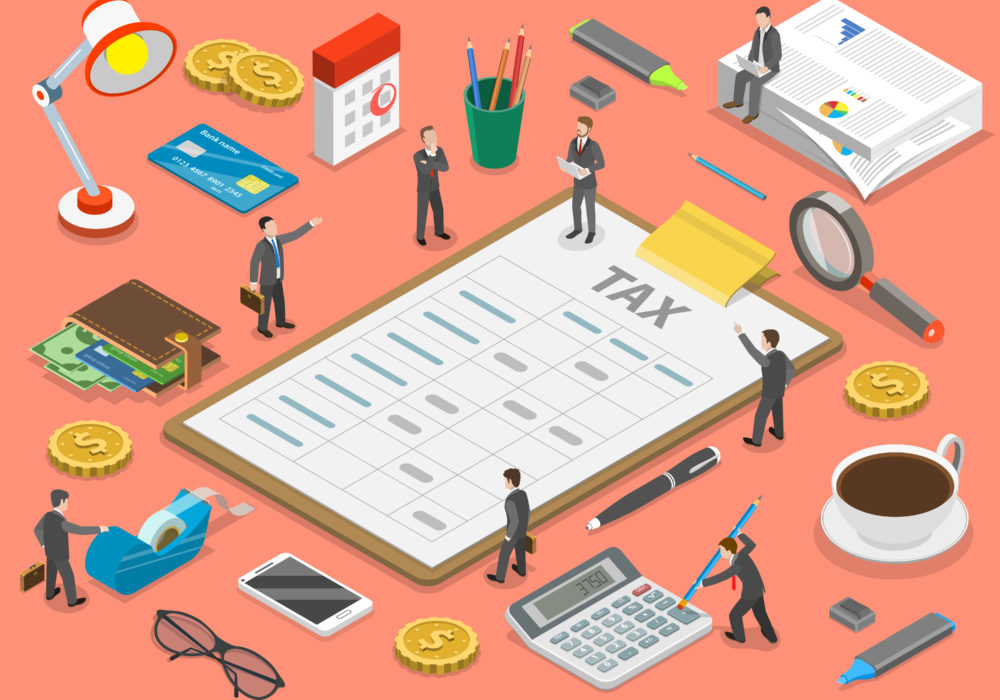 Payroll taxes: Cost of hiring an hourly worker in California in 2020

As someone who owns a business in California, if you are planning to hire a new hourly worker, you need to carefully calculate whether you can afford to pay their wages and the other costs associated with them, such as payroll taxes. In this article, we have clarified payroll taxes, while classifying state and federal taxes that you and your workers owe.

By
Maithili Mokashi
Back to Blog

Improve project profitability by managing and measuring your crew’s work through one app they can learn to use in minutes.